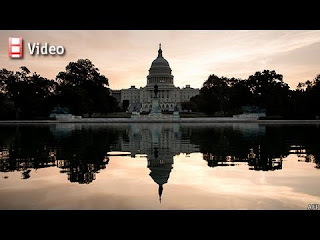 This piece was originally posted at FRS FreeState Plus

As Ryan Avent said the United States economy could takeoff if the U.S. Government and I mean the U.S. Congress especially, like the House Republican Conference, stopped shooting the economy in the foot. And get out-of-the-way and stop creating all of these new crisis’.

And taking positions, “like we’ll only do what we have to do like paying the government’s bills or avoid default. If you give us something or we’ll only do what we are supposed to do if you do this. And if you don’t give us exactly what we want or mostly what we want, we’ll shut the government down or default on the U.S. Government debts run up by Congress in the last 10-15 years.” Just when this huge country the largest economy in the world as well had paid off its last budget deficit it ran up in the 1970s, 80s and 90s. But by the late 1990s we not only had a balanced budget, but were looking at actually paying off the national debt as well. It was an amazing time talking about accomplishing things that looked impossible just ten years earlier.

But now we are in a situation where the U.S. Government can’t even fund itself. Because we have a minority inside a majority party in the House of Representatives that is saying, “do it our way, or we as a government won’t do it anyway. Meaning repeal or defund the Affordable Care Act.” Or do something else that essentially kills the law that was passed by Congress. Signed by President Obama and upheld by the U.S. Supreme Court. Or they won’t fund the government and when it comes to the debt ceiling. Again, the Tea Party will probably say, “destroy the ACA one way or the other or we’ll default on our debts.” And then who knows where the country goes from there and whether we go back into recession or not.

The good news is that the government shutdown is hammering the House Republican Conference. And there are enough Republican Representatives who would like to be a member of the next Congress as well. Who are saying, “let’s end this and move on to other issues.” But the problem is the Speaker of the House John Boehner knows if the Senate passed bill passes the House mostly with House Democratic votes, he’ll look like a bigger weakling than he already is. And even risk losing his speakership for the rest of this Congress.

Instead of default and government shutdown, the Congress and President Obama could be talking about the great economy that could takeoff and get a lot of credit for that. Both with what this country could be doing towards moving to energy independence, tax reform to get more investment in this country and rebuilding this country through infrastructure investment. But thanks to the House Tea Party some 50-55 members that is not possible right now. As long as Speaker Boehner is taking orders from them.

Posted by Erik Schneider at 5:05 PM No comments: