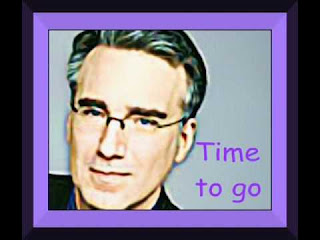 To be honest you I wasn’t shocked to hear that Keith Olbermann was fired by MSNBC a year ago. Even though they want to have a progressive prime time lineup. Giving voice to American Progressives and looking at the news from a progressive slant. They want to be for Progressives what FNC is for the right-wing. The rest of the NBC News operation I believe is fairly objective. And their reporting is solid. NBC Nightly News and NBC Meet the Press are excellent examples of this. But MSNBC Talk is clearly slanted towards Progressives. And Keith Olbermann is so far to the left, at least with his political commentary and anti-corporate if not private enterprise and so unafraid of offending anyone. Including the people he works for. CurrentTV owned by Al Gore, that he’ll say whatever he wants as long as he believes in it strong enough.

As much as Current my not want to be part of the corporate media and be part of the private sector version of PBS or something, they are part of corporate media. They are a business and have to turn a profit to be successful. CurrentTV has proven to not be the right format for Keith Olbermann. I’m not sure there is one, other than maybe HBO, Showtime or maybe PBS. Where he could say whatever he wants to, swear as often as he likes. This is a format that’s served Bill Maher very well and if Keith can avoid offending one of these networks, maybe HBO, or Showtime, would be a place for him.

Keith, may fit in well there or going on talk radio. Starting his own website or news organization that reflects the views of Progressives, or Democratic Socialists. Because being the lead anchor on a cable network, which is what Current is and saying things that can offend corporate media, just doesn’t work, it doesn’t fit. Keith Olbermann needs to be on a format where he can be Keith and do his thing. And not have to worry about who he’s offending. Similar to Rush Limbaugh or Bill O’Reilly, but for Progressives. And there may not be a big enough outlet out there that’s also willing to put up with Keith. That can make that happen for him.

Posted by Erik Schneider at 2:53 AM No comments: