The Highble: 'Possibly The Best Marijuana Documentary Of All Time'


"This is a documentary we found on marijuana, possibly the best one we have seen to date. It's informative and goes very in-depth about weed, but most importantly it just makes you want to go roll a blunt and smoke it :)"
From The Highble

"The 1930s marked the beginning of America’s war against marijuana. Here’s a glance at some of the most famous laws around cannabis prohibition:
The Marihuana Tax Act (1937)
The Boggs Act (1952)
The Narcotics Control Act (1956)
The Controlled Substances Act (1971)
In 1937, the Marihuana Tax Act was enforced, prohibiting marijuana federally but still allowing medical use. Prior to that, 29 states had already outlawed marijuana on their own.
But by the 1950s, a counterculture movement had begun, with young people using marijuana recreationally much more than previous generations.
Eventually, the Boggs Act (1952) and Narcotics Control Act (1956) were put in place to combat the counterculture. These laws set mandatory sentences for drug-related offenses, including marijuana. A first-offense marijuana possession conviction could result in a minimum sentence of 2-10 years with a fine of up to $20,000.
In 1970, cannabis was classified as a Schedule I drug—the same category as heroin—under the Controlled Substances Act. However, the 70s also saw an opposing shift, with a number of states beginning to decriminalize marijuana."
From the Visual Capitalist
If the goal of prohibition is to prevent people from using or doing something that's bad for them, then marijuana prohibition going back to 1937, is an utter failure in America. If anything, marijuana is now more available and legally available today, then it was 76 years ago with medical marijuana becoming legal in several states in America. And now marijuana becoming legal recreationally in the Colorado and the State of Washington in 2012.
Just because you ban something whether it's in the United States or anywhere else in the world, doesn't mean it goes away, if people want to continue using or doing whatever you decided should be illegal. The oldest profession in the world is illegal in most places in America, at least outside of the State of Nevada. That's why marijuana prohibition has never worked, that's why alcohol prohibition didn't work in the 1920s and 30s.
I'm not saying these things because I'm pro-marijuana. Marijuana is something that would never want to do or be involved with, other than arguing for its legalization. Actually, I don't even drink alcohol, I barely drink coffee, and I don't smoke tobacco either. I'm just saying that just because I don't like something or big government doesn't like something, doesn't mean I think it should be illegal.
When you try to punish people for what they do to themselves, instead of what they do to other people, you just make the problem that you're trying to solve even worst, because again, just because you outlaw something, doesn't mean it goes away, it just goes underground. And now you have two problems, if you're a prohibitionist: the thing you outlawed is still going on, but now you're putting people in jail not because they hurt innocent people, because of what they did to themselves.
And the other problem with prohibition being, you're now making people who otherwise could be self-sufficient and be solid contributors to society, wards of the state who are dependent on taxpayers who work for a living to take care of them. Which is what our jails and prisons are full of today.
Posted by Erik Schneider at 3:26 PM No comments:

Email ThisBlogThis!Share to TwitterShare to FacebookShare to Pinterest
Labels: Originals, War on Drugs 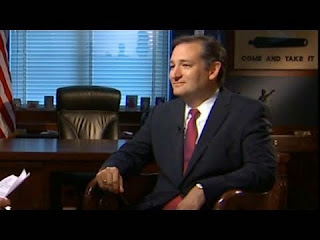 Posted by Erik Schneider at 2:51 PM No comments: