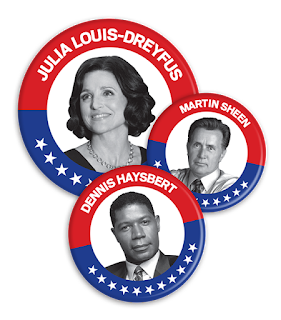 This piece was originally posted at The Daily Review: The New Republic: Opinion: Hanif Willis-Abdurraqif- America’s Most Electable Fictional Presidents

Hey, what do you know. The New Republic with an article not only worth sharing, but commenting on and blogging about all in one. Maybe they’re partially only dead and when they’re finally sold and hopefully bought by people who know what they’re doing this time and who aren’t to the left of Bernie Sanders they may come back to life. And return as a great Center-Left liberal magazine that they use to be. And stop doing their impersonation of Salon. And leave socialism and political correctness for Socialists and political correctness warriors. Not people who call themselves Liberals.

I’m going to cover a few of the Hollywood president’s that I’m actually familiar with. I know, why not instead speak about Hollywood characters you know almost nothing about and pretend to be intelligent about them like every other asshole blogger out there who knows so much about nothing. I guess I just have this weakness called character and a conscience that prevents me from talking about people and things I’m simply not familiar with, because I lack interest in them. Anyone born before 1980 might think I’m talking about people from the 19th Century, or something. So you might want to leave this page and get back to your favorite reality TV programs. There’s the asshole in me.

This might sound corny, but I guess my favorite Hollywood president is Andrew Shepard. Who sounds like a Founding Father or something from New England, or some place. But even if Carl Reiner only spent all of two-minutes coming up with the name for Michael Douglas in The American President, this character is a great character. Douglas, plays a president with big progressive goals, but knows how to work with people even in his own party in order to move the ball forward and get a progressive accomplishment. Which is the definition of a pragmatic Progressive, something that I believe Franklin Roosevelt would be proud of. While at the same time he’s also a man and a widower and has needs and falls in love. And hopefully you’re familiar with the rest of the story.

Jack Evans from The Contender from 2000 played by Jeff Bridges. Someone whose determined to nominate and get confirmed a female Vice President after his first Vice President has the nerve to die before his term is up. There’s an unfortunate political correctness slant to this as well. That a President would go out-of-their-way to pick a women as his VP simply because there’s never been a female VP before. But the story is great and the Republican opposition especially in the House of Representatives wants to make Senator Lane Evans personal life especially her sexual history the focal point there. Instead whether she’s qualified for the actual job of both Vice President and President of the United States. Where they never question her credentials. And President Evans and Senator Hanson, never play ball with the House Republicans on her past and nomination.

I would be lax in my duty here if I didn’t mention a character who I spent too much of my life during their seven-year run watching, if I didn’t mention Jeb Bartlett. Who of course is played by the great Martin Sheen in The West Wing. I can’t think of a Hollywood character who was better suited for the job of President of the United States than Jeb Bartlett. Who always knew what was going on what needed to be done and what he needed to do to get it done. That he had his own politics and policies, but who never let the perfect be the enemy of the good. To use a cliché, but who had a Republican Congress his entire time as President. And had to deal with all sorts of horrible issues and a lot tough decisions that yielded him no political benefit. But made them, because they had to be made.

I think if you’re going to do a show or movie about an American president, you should be realistic. Either cover someone who has already had the job, but give your character a different name. But with the same character, personality, intelligence, demeanor, judgement and everything else. And cover similar stories that the real president dealt with. Or come up with your own president that perhaps represents America at its best, or worst and deal with stories that haven’t been dealt with, but are
realistic. I think the problem with a lot of Hollywood political movies especially about the President, is that they look like they come from Hollywood. And they look almost completely make-believe. Like Dave from 1993. The Hollywood president’s that I mentioned are realistic, because the characters are believable and so are the issues that they dealt with.

Posted by Erik Schneider at 3:03 AM No comments: