VOA News: Ethan Chorrin- 'What Next for Libya' 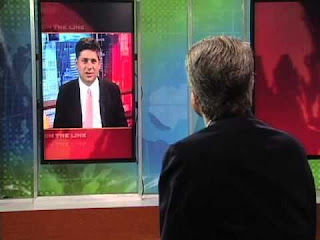 Source:VOA News- "Voice of America (VOA) is a U.S.[1] multimedia agency which serves as the United States government institution for non-military, external broadcasting. It is the largest U.S. international broadcaster. VOA produces digital, TV, and radio content in 47 languages which it distributes to affiliate stations around the globe. It is primarily viewed by foreign audiences, so VOA programming has an influence on public opinion abroad regarding the United States and its people."
From Wikipedia
"WHAT NEXT FOR LIBYA"
After the murder of U S Ambassador Christopher Stevens in Benghazi, Libya, will Western governments "respond by disengaging, retreating or focusing only on the extirpation of radical elements?" That's the question asked by Ethan Chorin in a New York Times op-ed.  He's author of a new book "Exit the Colonel"  about the Libyan revolution and the last days of Moammar Gadhafi.
GUEST: Ethan Chorin: Author of the book, "Exit the Colonel."
From VOA News
At risk of sounding corny, this is not the time to abandon Libya. Yes, the United States lost an Ambassador there and that of course is a tragedy, but that wasn't a result of the Libyan Government that now has a responsible government, but the fact that America didn't have adequate security there for the embassy. And the fact that the Libyan Government doesn't have adequate security yet, to avoid tragedies like this.
What Libya needs now is for  America and Europe, as well as the Arab League to continue to work with the Libyan Government to help them get that economy going and give them military aid, as well as governmental aid so they can build up their government so Libya has the resources to able to govern and protect itself, so we can avoid tragedies there again.
The last thing that Libya and the West needs is to see a failed State in a country thats as physically large as Libya and to see Libya become a terrorist state.
Posted by Erik Schneider at 1:01 PM No comments: