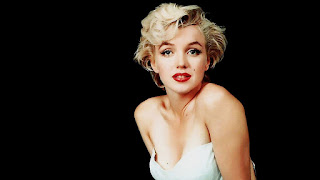 This piece was originally posted at The Daily Review: Vicki Dahl: The Marilyn Monroe Story- A Life of Love, Glamour and Darkness Autobiography

Had Marilyn Monroe been mentally as strong as she was physically, or even mentally half as strong as she was physically, she’s probably still alive today. Unless some jealous disturbed women murdered her, because she could no longer handle how much better looking Marilyn was over her. If Marilyn was strong mentally, to go with her appearance and body, we might be talking about the goddess of all-time. I would still be leaning towards Sophia Loren and perhaps a few other women. Imagine had Marilyn’s brain matched her face. Imagine if mentally she wasn’t as adorable and immature as she was physically. That she didn’t look at life from the standpoint of a 16-year-old girl, but instead as an early middle-age 36-year-old women. Which is how old she was when she died.

Forget about the great legs, the butt, the body that was perfectly designed and perhaps purposely designed for the skinny jeans in boots look today. The long strong legs and round butt, that of course she had. She was a hell of an actress, as well as a great comedian and when she was happy she was about as funny as anyone in Hollywood and probably could have written her own humorous scripts for TV and the movies in her forties had she just lived in a natural life in years. She was an excellent singer, she had great moves, she could act very well and probably ends up winning awards as an actress and not just as a comedic actress. But these were her talents and you don’t last in Hollywood simply on talent. You have to work and hold it together personally as well.

Unfortunately Marilyn Monroe fits the old cliché, ‘don’t judge a book by its cover’, like a glove. As perfect as she was on the outside, she was at times at least just as weak on the inside. With the personality and maturity level of a teenage girl and even the voice of one. She’s a women who never grew up mentally and could never see how great a talent that she was and how great of a future that she had only she was just reached and out grabbed it. Laid off the booze and pills, showed up for work on time and do the work and produce the great films and performances that she was more than capable of doing time after time being rewarded handsomely for her great performances. This is the Marilyn that we would have seen had she just had been mentally strong enough for it.

Posted by Erik Schneider at 3:07 AM No comments: