I do not agree with everything that Professor Michelle Alexander says about the American prison system. And the broader race relations in America, but I agree with her broader premise that we incarcerate too many people in this country and educate too few. And that this overwhelmingly effects racial and ethnic minorities in this country especially the African-American community. But I believe where I may disagree with Professor Alexander is that it is not racism that is the problem in this issue.

But the lack of good schools and the high poverty in these communities leaving students in these communities without the ability to make a good living and be successful in life. And dropping out of high school which is a huge mistake on their part and they end up hanging out with the wrong people. Who also made similar mistakes as young adults and end up in a life as a criminal in and out of the criminal justice system. Instead of finishing high school and going onto college and getting themselves the skills that they need to be successful in a legal profession in life.

The so-called New Jim Crow in our society is on two fronts at least as I see it. One how it gets started with our public education system failing too many people and the African-American community probably gets hit hardest by this, but also because of the mistakes that adolescents in this community make early in life. Like not succeeding and finishing high school, having kids before they are adults themselves and then walking out on their kids and leaving them with a life of poverty as well.

The second front has to do with what happens to many Americans of all races once they are in the criminal justice system after being convicted of crimes. That leaves them with very little if any opportunity to succeed in life once they are out of prison. That our prison system has become about warehousing people instead of improving inmates lives. And empowering them with the skills to succeed with and education and giving them legitimate work experience that they can take with them to get themselves a good job outside of prison.

The failed so-called War on Drugs is also a big problem here, but it is not the only problem. We do not deal with non-violent offenders very well and come down too hard on them. And use prison as the first and in many times only option too often. But we do not do a very good job with our violent inmates that need to be in prison and get them to improve themselves and be able to see a life not just outside of crime, but especially violent crime. So they no longer feel the need or want to hurt people.

Because we lock offenders up and then release them not much if any opportunity to succeed in life on the outside, what we do is just repeat the process over and over. The what is called the revolving door of our criminal justice system. While our schools continue to fail too many people and while too many of our students fail at school. And the never-ending cycle of life of poverty, crime and prison continues to turn with no end in sight. 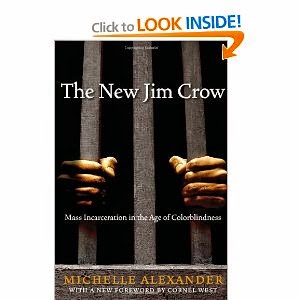 Posted by Erik Schneider at 2:02 PM No comments: