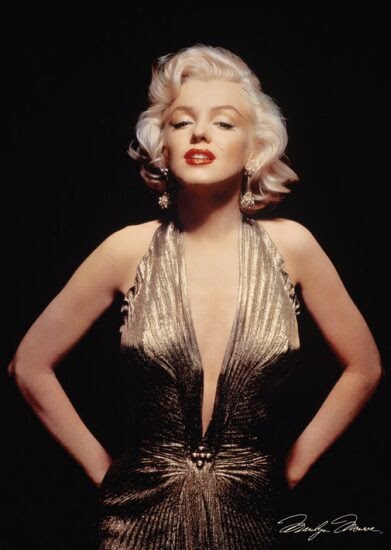 In many ways Marilyn Monroe was about as real of a person as we can get, at least on the inside. She was very human with all sorts of strengths and weakness’ and vulnerabilities. That the real Marilyn was the baby-face goddess on the outside, but the real Marilyn was also a very vulnerable person on the inside who was pretty immature and tended to see things the way she wanted to, instead of how they were. It is easy to say that a women like that, again on the outside should never lack confidence, because she has it all.

Marilyn never had it all. She was physically a goddess, a pretty good actress, a very funny person and a pretty good singer. But she was never in love, never had a successful marriage. Never felt satisfied in life and probably never thought much of herself as a person and suffered from what we would call today at least depression. When that is how you look at yourself and you’re missing that many things in life that people love having, you don’t have it all. And you can see why she wasn’t that happy, if at all.

You can have everything that a women at least could dream on the outside. But unless you’re also pretty strong inside, you’re not going to do very well in life. Not calling her dumb, but she lacked maturity and self-confidence that a stronger person mentally would’ve done much better in life, because they would’ve known exactly who they are and what they have to offer and be very happy with themselves. Which is something that Marilyn never had in life.
Reelz: Marilyn Monroe Behind The Glamour