Sleaze-O-Rama: Video: Will Success Spoil Rock Hunter? 1957, A Hollywood Goddess Looking to Beef Up Her Image

Jayne Mansfield plays Rita Marlowe in Will Success Spoil Rock Hunter and I believe and have heard that Marlowe was one of the names that Jayne considered changing her last name to after arriving in Hollywood. But instead settled for Mansfield the last name of her first ex-husband. But anyway Rita Marlowe is a star actress and Hollywood goddess who goes to New York, because she wants to improve her image. New York is the advertising capital at least of America, so not a better city to choose from.

Tony Randall plays Rock Hunter a talented and semi-successful advertiser, who hasn’t hit it big yet in the business. The firm he works for is looking for a big account that would bring them a lot of money and future clients. Rock is looking for the that one big account that would jumpstart his career and take him to the top. It turns out that Rita and Rock are perfect for each other, because they both have what the other needs. Rita would be that account that would Rock’s firm needs. And Rock has what Rita needs which is an intelligent successful professional man who would make her look good.

That is what Rock Hunter is really about. Rita and Rock make a deal with each other and do favors for each other. Rita endorses products that Rock is trying to promote for his firm like perfume. Rock pretends to be Rita’s boyfriend and appear in public with her as a couple so she can be taken more seriously in Hollywood. This movie is also about people believing that they are obligated to be things that they don’t want to be and instead find ways to do things that they want to do instead.

This is not a great movie, but it is a very funny movie with a good message. That people don’t have to be the way that others be they should be and work in professions that others believe they should. That people can be themselves and do what makes them happy. And have to worry about their image so much. Tony Randall as usual in this movie is very funny and the same thing with Jayne Mansfield. Who is her usual adorable baby girl funny self, with all her funny and adorable mannerisms. 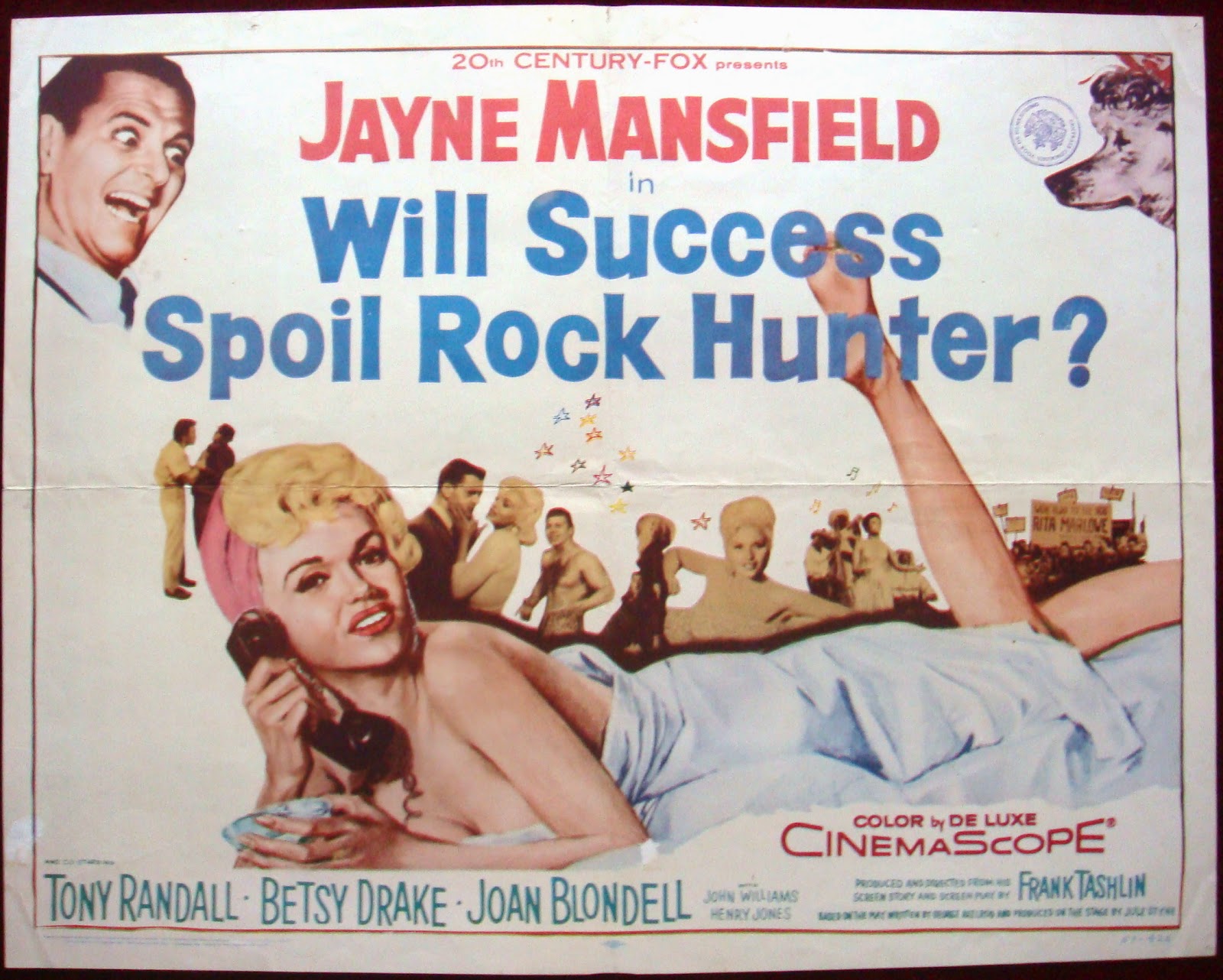 Posted by Erik Schneider at 3:08 PM No comments: