This era the 1960s especially the late 60s is an example of why I wish I was 20-25 years older than I am today. Instead of being born in mid 1970s, I wish I was born in the early 50s or mid-50s. Now of course that would mean I’m either pushing 60, or in my early to mid 60s today, so that would be the drawback. But instead of hearing about the latest celebrity and why they are in jail today, or who they are sleeping with. Or the latest computer or smart phone and what was the coolest commercial Super Bowl, with very little if any mention about who actually won the game, I would be hearing about real true crime stories and people who were at least a certain extent victims of their generation, who were lost and fell to a madman.

The 1960s was an incredibly fascinating for both good and bad. And you could say Charles Manson and his group ended the peace and love anti-establishment decade. But the fact is the 1960s was one of the most divisive and violent decades America has ever experienced before Charlie Manson ever came on the scene. What Manson and his group, his crime family did was to escalate the violence of that decade and take their extreme anger out on completely innocent people. And why they do that? Because their victims were successful and wealthy, unlike the Manson Family. It was almost like a communist or socialist revolution taking out their anger against the rich establishment.

There were people who wanted peace and fought for peace and even died for peace. The great Dr. Martin L. King comes to mind damn fast and perhaps the ultimate tragedy of this decade as far as what happened to him, along with President John F. Kennedy. But the 1960s was not a peaceful decade. There was horrible violence from the early 1960s with a presidential assassination all the way through the decade. And The Manson Family didn’t even strike the biggest blows of the decade. In Los Angeles sure, as far as the amount of people who were killed. But keep in mind U.S. Senator Robert F. Kennedy was assassinated in Los Angeles in the late 60s, 1968. Not to take away from the Manson victims.

What the Manson Family represented was the anti-establishment movement and violence of the 1960s. And they took that to a horrible new evil level that perhaps hasn’t been unmatched by any other crime group in America, at least as far as the amount of people they killed in the amount of time that they killed. The Manson Family really were all about the 1960s and represented a lot of the good and bad. Mostly bad, but the 60s hippie movement, peace and love all of that didn’t die with the Manson Family. Because those things were always just dreams anyway. 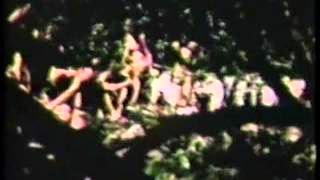 Posted by Erik Schneider at 5:01 PM No comments: