Governor Rick Perry a true Federalist at least when it comes to marijuana and not one of these fake Conservatives who like to nationalize social and cultural issues which they see marijuana as one of those issues that must be defeated at all costs. But what Governor Perry is saying as a Federalist that this is an issue that the states can deal with. Since they are closer to their own people and their needs than the Feds and that the Feds should get out of the way. He’s not saying that he’s in favor of marijuana or that he’s suggesting that all states should legalize or decriminalize it. But what’s he’s saying is that this should be left up to each individual state. And states that decriminalize marijuana, the Feds should get out-of-the-way and not try to take over the marijuana enforcement there. 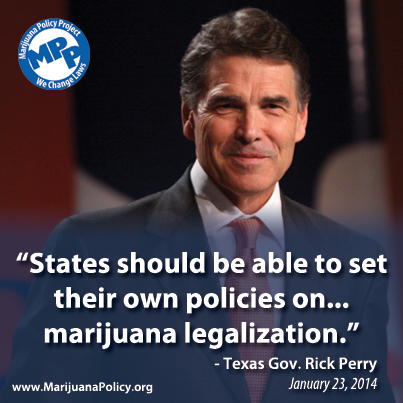 Posted by Erik Schneider at 2:20 PM No comments: