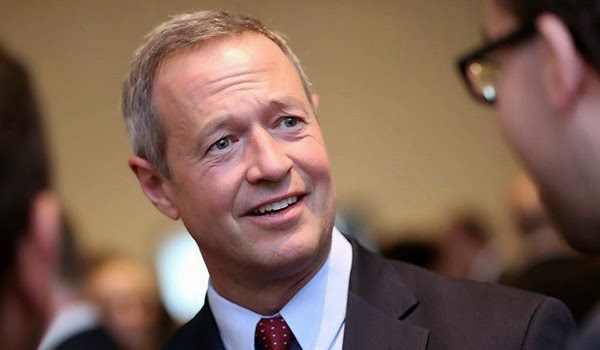 When someone starts off as high as Hillary Clinton for president like she is now, there’s only one way for her to go, which is down. Doesn’t mean she’ll go all the way down, but Democrats have wanted a strong challenger to her since at least the summer of 2014. And with her latest controversy that makes even more sense. And that the fact that she’s not campaigning and has kept quiet about when she’ll officially announced just gives Democrats that itch about wanting an alternative to her even stronger. They want to know where she is and where she is on the issues, right now and what type of campaign she’ll run.

Lack of name ID is certainly a weakness and can be a problem. But if played right it can also be a strength. Because it gives the candidate the opportunity to introduce themselves to the people who they’ll need to vote for them. Tell them all about them self and what they are about, what they’ve done in the past, what they’ll do in the future and why people should vote for them. That is where Jimmy Carter, Bill Clinton and Barack Obama and now Martin O’Malley all were before they became Democratic nominees for president and then won the presidency the same year.

Martin O’Malley has everything that voters I believe especially Democrats at least say they want in a presidential candidate. Youth, energy, outsider, newcomer to the national scene, intelligence, experience, likability, charm, humor and vision. He connects to everyday people very well and also appeals to lets say yuppy Democrats, wine and cheese Democrats who have a tendency to look down at working-class Americans. He’s a Democrat that is liked by women, young people and minorities. Young Democrats and perhaps minorities are, Secretary Clinton’s weakness’s right now. And if Governor O’Malley is successful in getting his name and message out in the next 8-9 months, we’ll have a real Democratic contest in 2016.