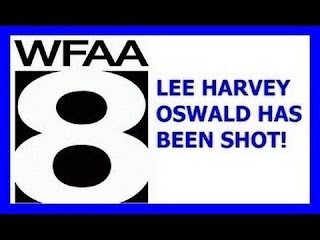 A crazy month November, 1963. First the President of the United States, Jack Kennedy is assassinated. The National Football League suspends its games the following week and then the man who assassinated President Kennedy, is killed himself. It sort of looked like the world was coming undone and perhaps the last time that president’s were allowed to be that open and vulnerable in public. And that security was even tightened for people suspected of killing high-profile people whether they are politicians, or other celebrities.

Great books and documentaries have been made about these stories and the Federal Government thought they figured out how to deal with people who are so intent on assassinating politicians. But they let someone slip through in 1981, when John Hinkley was almost successful in murdering President Reagan. When the President was leaving a hotel, I believe the Mayflower in Washington. All of these events have made the American presidency less public and more closed to the American people.

A lot of people, columnists like George Will and others say and believe that the 1963 JFK Assassination was the end of the 1950s. And that assassination brought in the radicalization of the 1960s. And brought in a fairly violent decade. I and others would argue that a lot of that radicalism was necessary at least as it had to do the with civil rights movement and then later the anti-Vietnam War movement. But a lot of people were simply murdered in this decade that no one except for perhaps the haters of those murder victims see as positive things. Like President Kennedy, Dr. Martin L. King and later Senator Robert F. Kennedy.

Posted by Erik Schneider at 4:03 PM No comments: