Penn State-Notre Dame, was one of the better college football rivalries in the 1980s and early 1990s. And it’s just a shame that they still aren’t playing. And I believe one of the weakness’ of Notre Dame not being part of a conference. Because a lot of their big rivalries wouldn’t have to end, because of where they are located they could’ve been in the Big Ten or Big East. And never have to stop playing Michigan or Purdue or Penn State or West Virginia, Syracuse, Boston, because they would likely be in the same conference as most if not all of these teams. The Big East, would make a great comeback in football if Notre Dame was part of it. And they bring back Pittsburgh, West Virginia, Syracuse. Add Penn State and perhaps Buffalo and you would have a great conference with Notre Dame as perhaps the top program in it. 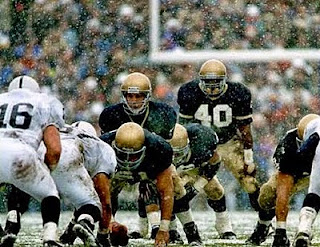 Posted by Erik Schneider at 3:34 PM No comments:

You do not see Jimmy Carter running on the economy here and telling people about how great the economy is. With inflation not being much of a factor or with low-interest rates, or plenty of energy, oil and gas to go around. With low unemployment and high economic growth, with no American hostages around the world, or without Russia on the march in the Middle East, or anything like that. Because the Carter Campaign knew all of that wouldn’t be true and that actually all the opposites to those things were true.

The country was in bad shape in 1980 and back in recession with the American hostages still in Iran. A country that did not want Americans or other Westerners in their country at all. So what the Carter Campaign is trying to do here in this ad campaign is run on what they could and what was left to run on. That the military was stronger, that America was at peace in the world for the most part not involved in any foreign wars. And that even Egypt and Israel were at peace with each other as well. And all of that is true. 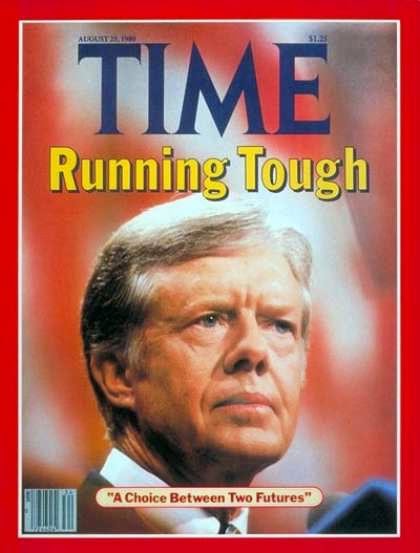 Posted by Erik Schneider at 2:55 PM No comments: