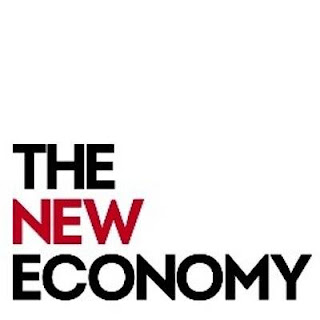 This piece was originally posted at The New Democrat

The Democratic economic agenda for 2016 needs to be both different and better than the Republican economic agenda. (assuming either party offers one) For Democrats to retain the presidency and do well in Congress. Which means at the very least picking up a bunch of seats in the House with high Democratic voter turnout and winning back the Senate. 24-34 Senate seats that will be up next year will all be Republican seats. Democrats might be able to put twelve of those in play. A good Republican year in the Senate will be to have a small Senate majority in the next Congress, even if its 51-49. The economy, especially jobs and economic growth, will be the number one issue next year. Republicans, will probably want to talk about national security, especially the Middle East though. Democrats, would be smart to make it all about the economy and how they can help create good jobs.

Democrats, shouldn’t go soft on the economy with some mushy-middle approach that tries to please everyone at the same time, but instead pisses everyone off. And instead gives people the message that they’re saying different things to different voters. (Speaking out of two mouths with one face) They shouldn’t sound Republican light and primarily just concentrate on taxes and regulations. They shouldn’t sound like Democratic Socialists (no offense Bernie Sanders) and offer a new Federal program to solve everyone’s problems for them. Or an expansion of new Federal programs. And claiming that all the government services will be free, when of course they won’t be. And either middle class taxpayers will get stuck with the bills in new taxes, or higher interest rates in new debt.

This is where both Hillary Clinton and Martin O’Malley (they would make a hell of a Democratic national ticket) can step up and go straight to Middle-America and middle class Americans and Americans struggling to get to the middle class with an economic agenda for them.

Comprehensive immigration reform, that brings new high-skilled workers and low-skilled workers to do the jobs that Americans won’t do. That brings the 10-15 millions illegal immigrants out of the shadows and makes income taxpayers out of them. Which would help bring down the budget deficits of all levels of government. Along with the fines and back taxes they would have to pay for coming to America illegally. New trade agreements that get more American products in foreign countries with low tariffs, so we can see Ford’s, GM’s, Chrysler’s, in Europe and Japan and other American products. In exchange low tariffs on foreign products here that would create good American jobs.

I hate this idea, that even the so-called Third Way pushes that if you’re on the Left and you’re liberal or progressive and if you’re on the Right and you’re conservative, that somehow you’re a radical, or something. And that all the good ideas are in the mushy-middle. Its called the mushy-middle for a good reason, Centrists tend to sound like mush. People who aren’t sure what they believe and tend to combine ideas from both sides in one package and talk out of two mouths with one face. When Liberal and Progressives, talk about positive government and smart government, which is what Governor Martin O’Malley is all about and using government to empower people who are struggling like with the ideas that I already put down, Democrats win. Because Americans tend to believe in the same things. When we sound like Soft Republicans, or tax and spend Socialists, we lose. Because Americans tend not to be that Far-Left and would rather have Real Republicans over Soft Republicans.

Posted by Erik Schneider at 6:02 AM No comments: