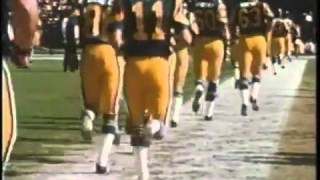 A Tale of Two Seasons is the perfect way to describe the 1979 Los Angeles Rams. Because they were essentially a 500 team or worst in the first half of 1979. I believe the traditionally lowly and last place New Orléans Saints were poised to not only record their first winning season in 1979, make their first playoff appearance and win their first divisional title.

The Saints had a pretty solid team and with a better coaching staff and avoiding key injuries, maybe the Saints make the NFC Playoffs in 79. But all of these things happening weren’t because they were real good, but the Rams weren’t in the first half of 79. Because they were real beat up in 1979. With all sorts of key injuries in the backfield, offensive line, receivers and on defense as well.

The second half of the 79 Rams season were the real Los Angeles Rams that year. Because they got their players back and found their starting quarterback in Vince Feragamo. Who not only got healthy, but took over the starting QB position. They figured out who they were offensively with Feragamo. A running ball control team, with both short, middle and vertical threats in the passing game.

Which meant defenses including the great Pittsburg Steelers in Super Bowl 14. Because the Rams could run the ball with either Wendell Tyler or Cullen Bryant, but could also beat you deep with Vince Feragamo in the passing game. And had a defense that only the great Steel Curtain Steelers were better than in 79. The 79 Rams were a 12-4 or 13-3 team on paper that were even better than the Dallas Cowboys in the NFC. But with all of their injuries, we didn’t see the great Rams team until the second half of 79 and in the playoffs.

Posted by Erik Schneider at 3:51 PM No comments:

The Intelligent Channel: Michael Lind- 'The Global Roots of The 2008 Economic Crash'

"Michael Lind, Policy Director of the New America Foundation's Economic Growth Program and author of Land of Promise: An Economic History of the United States (2012), on recent U.S. trade and foreign economic policy...
From The Intelligent Channel

Reading this report from the New America Foundation goes to highlight the two competing ideological factions in the Democratic Party today. And how we view what the role of government especially the Federal Government should play in the economy.
The so-called Progressive or as I tend to call them the Social Democratic faction, people like U.S. Senator Bernie Sanders, the only self-identified Socialist in Congress. And the New Democratic or real Progressive faction of the party that I come from with people like Barack Obama, John Kerry and Bill Clinton, and many others.

Today’s so-called Progressives not only want to protect current social programs in the country, but to expand them and create new ones. And tax more and basically view the Federal Government as underfunded and too decentralized to take care of the entire country. And would like to create new programs and take more power way from the private sector to give to government to take care of us. Like nationalizing the retirement system, to use as an example as we see in this report.

Today’s so-called Progressives would go much further than Franklin Roosevelt or Lyndon Johnson perhaps ever even imagined. And would like to see a big centralized government that’s common in let’s say Europe especially in Scandinavia. That would be there to protect us and take care of everyone to prevent us from making mistakes with our own lives especially financially.
The social democratic theory is that once power is given to the states and individuals and things become decentralized, there’s less security in the system. And they are right about that, but you can have so much security to the point that individualism and creativity get’s stifled.

Middle class Americans are not under-taxed especially if they are struggling right now. And if anything thanks to the expiring payroll tax cut they are probably overtaxed right now. We do not have an underfunded government with too little authority over our lives. We have underfunded workers with too little authority over their own lives.
And I separate the social contract from the safety net and to have real economic security in this country. Not that it would ever be perfectly secure, no system could provide that, all developed countries have a certain level of low-income and struggling middle-class workers. But to have a real social contract that provides as much economic security as possible.

We need a social contract that empowers more Americans to be able to take care of themselves. And that get’s to things like a modern infrastructure system and actually rebuild this country. So we can all get around and move products around better, efficiently and affordably. And real universal access to quality education in America that’s life-long. That would also be there for the unemployed and low-income workers so they can get themselves better jobs.

There are Americans who for the first time in their lives became economically free, because of assistance that they received from the safety net. And what New Democrats (or Progressives) want to do is build a real social contract in America. So we can all live in freedom. And what today’s so-called Progressives are really talking about is creating a centralized welfare state run by the Federal Government. That would be there to take care of everyone. And this is main difference between the two factions in the Democratic Party on economic policy and where we want to take the country.
Posted by Erik Schneider at 2:17 PM No comments: