Holland has a lot of English speakers, at least today and perhaps back then as well. Something like 9-10 Dutch speak English at least as their second language. And can travel to Britain Scandinavia, Canada and America just speaking English, because of how well they speak it and understand it. And most of this interview was done in English with Wim Sonneveld speaking it very well. And then he would do a little translation for Holland. And I guess Jayne Mansfield was over in Holland promoting Will Success Spoil Rock Hunter. A movie that she did with the great comedic actor Tony Randall in 1956.

In Will Success Spoil Rock Hunter, Jayne Mansfield essentially plays herself. A very young and hot starlet named Rita Marlowe who has very similar characteristics as the real life Jayne Mansfield. A hot baby-face goddess who is somewhat immature and looks and acts a lot younger than she actually is. Who portrays herself in real-life as a dumb blond or blonde bimbo, but behind the scenes is a lot sharper than that. And knows exactly what she wants and how to get it. Which is to be taken seriously as an entertainer. And not just someone who looks great and needs those looks to be successful in life.

And that is how Rita Marlowe played by Jayne and Rock Hunter played by Tony Randall connect. Because Rock Hunter is an up incoming advertiser whose looking that one big client that can move him up in his company. And he meets Rita Marlowe whose in New York looking for that person to give her the positive publicity and image that she’s looking for. This is a pretty funny and entertaining movie. But hardly a stretch or hard role for Jayne to play in this movie. Because the Rita Marlowe character is very similar to the real-life Jayne Mansfield. 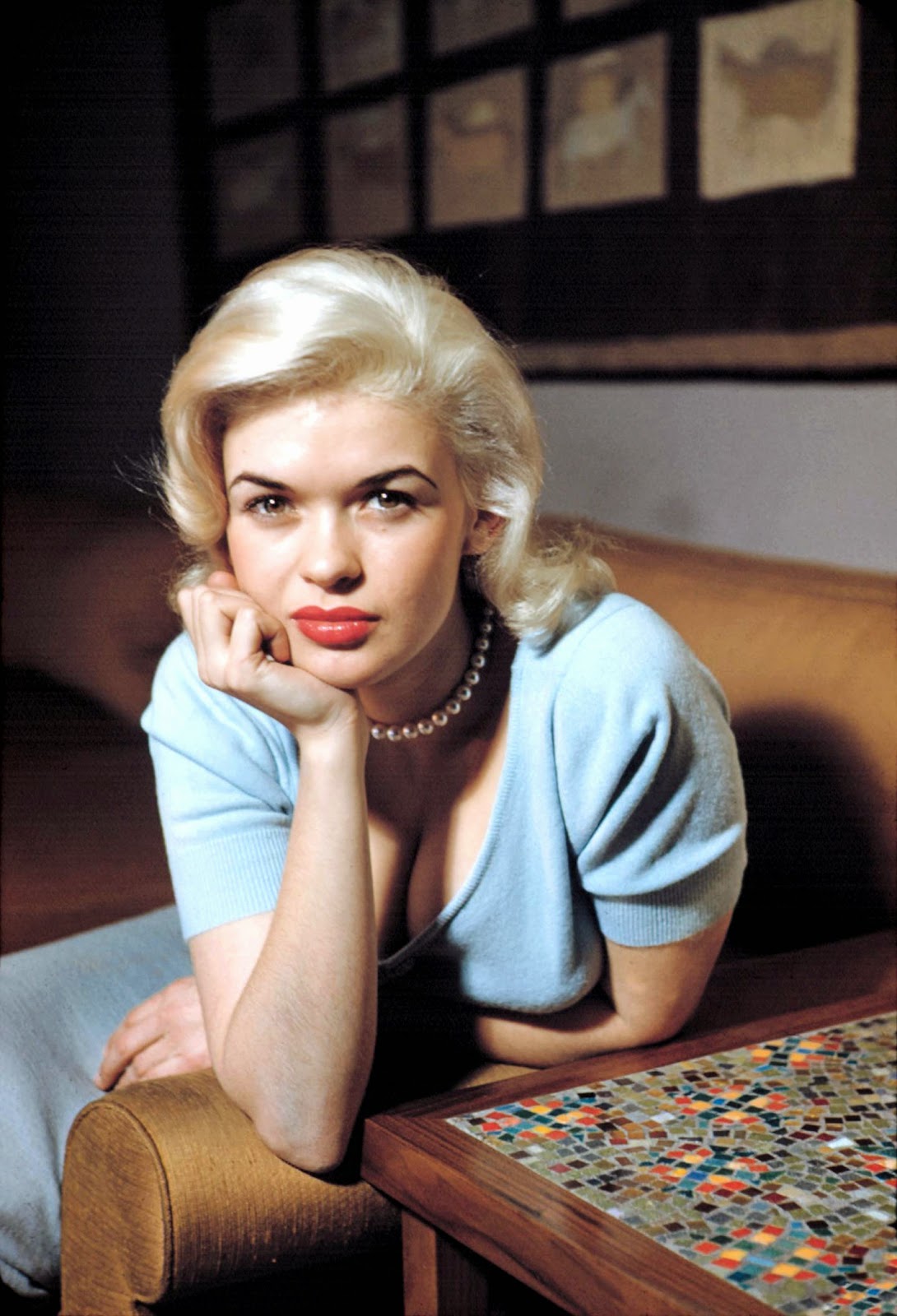 Posted by Erik Schneider at 3:54 PM No comments: