The late 1940s and all the way up to at least the mid-1950s or so was one of the most fascist illiberal and anti-liberal democratic periods of our time. I think elements of today’s Tea Party and the Ann Coulter’s of the world would’ve loved to be alive back then. Because it was a time when an American could be perceived as being a bad person simply because of who they may have associated with in the past. Especially if you were on the Far-Left in America and at the very least had socialistic and communistic leanings as far as what people like that would want to accomplish for America. A more collectivist and equal society.

This is not what America is supposed to be about. We are supposed to be that liberal democracy liberal society free society that the rest of the world wants to mimic. Where everyone has the right to be themselves and believe in what they believe whatever that they may be and be able to associate with whoever they choose to just as long as we aren’t hurting any innocent people with what we are doing. But if you were around back in the late 1940s and 1950s and you were an adult and you were somewhat Far-Left politically and you worked in Hollywood, that is not the type of country that you saw. You saw a country where you could be viewed as guilty and immoral simply because of people you associated with and your political beliefs.

Were there Socialists and Communists in Hollywood back then, I’m sure there were and probably still today. At least when it comes to Democratic Socialists especially if you look at a lot of Hollywood’s political films. But just because someone’s political views are out of the American mainstream and puts them on the Far-Left or Far-Right in America doesn’t automatically make them bad people. And it shouldn’t cost them jobs either. Which is what happened to the Hollywood Ten back then members of the movie industry who lost jobs and whose reputations suffered simply because of their political views. Or their perceived political views, or people that they associate with, or had associated with in the past. 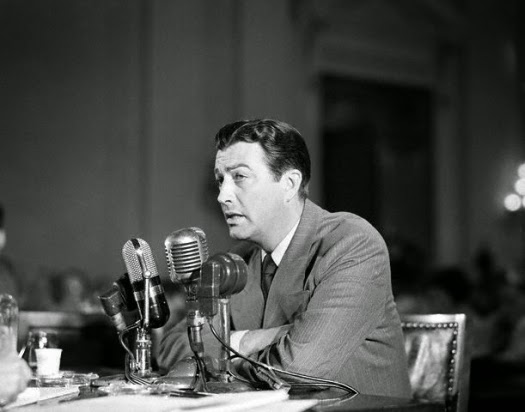