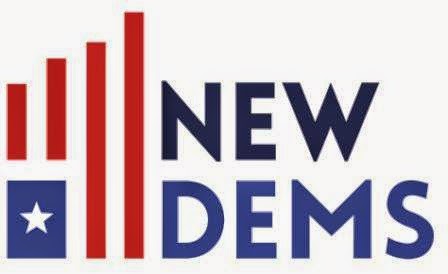 Blogger Andrew Sullivan about a year or so ago wrote a piece called something to the effect “where is the liberal Tea Party”. Where is the liberal alternative to the Tea Party. And he was talking about Occupy Wall Street and how it failed because it doesn’t have the resources an and doesn’t tend to like money anyway because it is more of a Far-Left socialist oriented group to begin with. And he was talking about OWS as if it was supposed to be the left-wing Tea Party.

This blog wrote a piece arguing that the liberal Tea Party doesn’t exist yet. But there center-left Democrats and center-left Democratic groups who more than have the resources to create a group that could take on Bernie Sanders and Elizabeth Warren to give Democrats an alternative agenda to look at. That would prevent us from going back to the McGovern days when the hard left if not Far-Left of the Democratic Party was in charge. And as a result costs the Democratic Party 5-6 presidential elections with four of those losses being landslides from 1968-88.

Because mainstream center-left Democrats like Walter Mondale and Mike Dukakis were forced to take such hard left positions in order to get the support of these groups that they had to have to be able to compete. Which is something that Democrats need to have to avoid again as we have put ourselves in position especially with the growing younger and minority voters and have brought working class voters back into the party of being the governing party in America for years to come. The New Democrats, the center-left liberal wing of the Democratic Party could be the faction that prevents the party from going back the McGovernism of the 1970s and 80s.

Groups like the New Democratic Network, Progressive Policy Institute, Third Way and the New Democrat Coalition in the House of Representatives could save the Democratic Party from the Far-Left. That wants to return the party back to 1970 or something when the New-Left emerged on the scene. And take the party that not just believes in the safety net for people who truly need it, but make us a party that is about the welfare state and big centralized government regardless of income level. That would be big enough to take care of everyone in the country. They would want to revamp if not rewrite the U.S. Constitution and take us from a Federal Republic that is a liberal democracy. And turn America into a Scandinavian social democracy.

But the New Democrats like America for what it is and what we represent and our form of government and way of life. They just want more people to have the freedom to be able to live their own lives. Which is where Americans tend to be both right and left. They don’t want government to take care of them, but for people who need it they want the freedom to be able to take care of themselves. Which is why I call the New Democrats center-left, because they are on the Left, but they are about where Americans tend to be politically. People who like both economic and personal freedom and don’t want government trying to manage their lives for them from either an economic or personal perspective.

The New Democrats are both business and worker friendly. They are not anti-business, anti-capitalist and certainly not anti-private enterprise. They are also anti-worker or anti-union. They are in favor of all of these things as long as they are good for the country and are not unaccountable and they are also well-connected online. And because of these things could build the network or networks, organization or organizations, the movement that could lead the Democratic Party for an indefinite period. Because they are where Americans tend to be and where a lot of Democrats tend to be who are not political activists. And could save the Democratic Party from the Far-Left. Unlike the Republican Party that is run by the Far-Right.

Posted by Erik Schneider at 3:23 PM No comments: