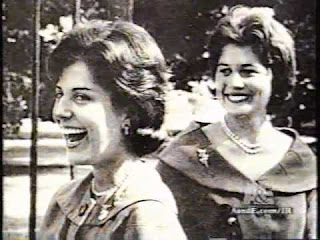 1960 might have been the last time that John F. Kennedy could have even ran for president. Even if he lived a normal life in years, because by 1968 or so the media was no longer afraid to investigate and report on the personal lives of politicians. Jack Kennedy doesn’t get elected president if his affairs had got out, but not just the affairs, but where the affairs took place like under his wife’s nose and in the same house where Jackie was then, but also because of the connections that his affairs had. Judith Campbell, for example being a girlfriend of Sam Giancana. The Kennedy Family including Jack, was already linked with the Italian Mafia in America and not just because of the efforts of the Kennedy Administration to crack down on organized crime, but they were friendly as well.

Senator Kennedy doesn’t win Illinois during the 1960 presidential election without Chicago and he doesn’t win Chicago without the Italian Mafia there. The early 1960s was really the last time that national politicians could get away with lets side affairs and shady deals before someone not just knew about it, but then reported it as well. President Kennedy probably gets reelected in 1964, but unless his lifestyle changed his second administration would have been hell for him. Because these affairs would have gotten out and you have heard rumblings at least even in a Democratic Congress that it might be time to remove the President, because of the dangerous lifestyle that he lived and the potential blackmail that came with these irresponsible affairs.

Posted by Erik Schneider at 4:28 PM No comments: