I’m not making the excuses for Charlie Manson, because he was and probably still is pure evil. But the fact he was born that way, seems odd to me at the very least. That would be like being born a racist or something. And also the idea that he had a loving childhood and everything else, because he had all of these relatives that took care of him. I mean the fact that he was moved around so much during his childhood says a lot right there. He didn’t have that one or two adult relatives who loved him enough to bring him up right. And he eventually ends up in reform and boys schools to take care of him.

Having said all of that, this man is personally responsible for countless murders. And not just the Tate murders on that horrible hot night in August of 1969, but other murders as well that haven’t been completely tied to him. He knew what he was doing when he put him crime family together and what he wanted these young adults to do for him. Which was to get revenge on society for treating Manson the way he was treated as a young person. And if the Manson Family wasn’t stopped when they were, they would’ve kept on killing into the 1970s. 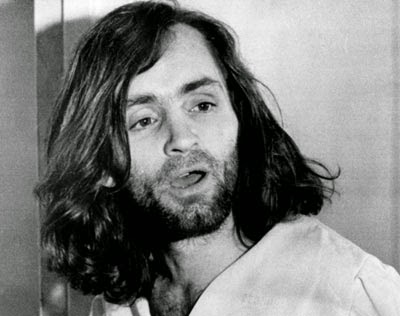 Posted by Erik Schneider at 4:11 PM No comments: