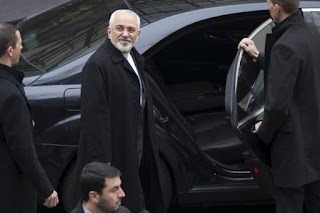 From what I’ve seen of the Iranian nuclear deal so far, it looks very good to me. The only issue that I have with it is the part where Iran, can veto, or challenge requests made by weapons inspectors to their program. Or get those requests denied by a third-party. But other than that, this looks like a good deal. We, meaning the international community, the Western developed world, actually gets to inspect their nuclear program and make sure they aren’t, or can’t develop nuclear weapons. Iran, gets sanctions relief on their economic sanctions that have had a devastating impact on their economy.

A question I think that Congressional Republicans, especially Neoconservatives like Senator Tom Cotton have to answer, is that if we don’t negotiate with Iran and get a deal with them, what is the consequence of that. What would happen then is that Iran would get their nuclear arms program anyway. Because not even Neoconservatives, seem to be interested in invading and occupying Iran. I guess we could try to take their program out from the air. But they have underground bases and nuclear plants. And to even attempt that, there would be a new Congressional debate about whether Congress needs to approve those actions, or not. And Congressional Republicans, don’t seem to be interested in authorizing President Obama to walk his dog, yet give him authority to strike another country.

I think now the pressure is on Congressional Republicans to prove that the deal with Iran is a bad one. And see if they’re capable, especially their Neoconservatives, of speaking outside of the partisan talking points and actually show why no deal with Iran is better than this deal. And how they would prevent Iran from getting nuclear weapons if nothing none is done to stop them. This deal, isn’t about Iranian human rights violations and their support for terrorism. Which is well-known and obvious. But preventing the Islamic Republic from becoming a nuclear weapons power. The other sanctions dealing with their human rights abuses and support for terrorists, will always be in place until Iran corrects and changes their behavior.

Posted by Erik Schneider at 2:04 PM No comments: