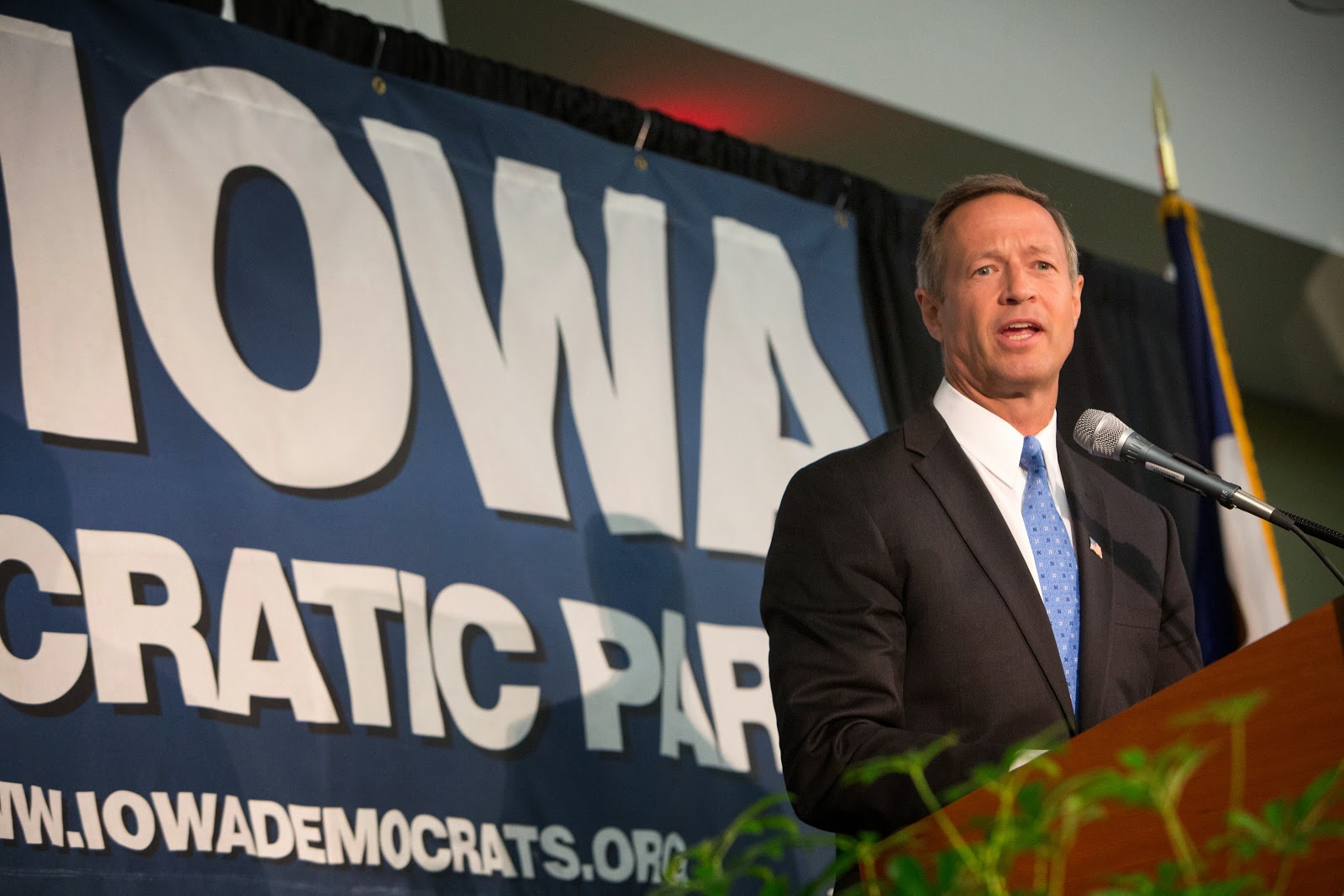 I don’t think there will ever be another John F. Kennedy, Bill Clinton or Barack Obama. These are great politicians and I use the term accurately and positively that don’t come around very often. Which of course that might sound cheesy, but its true. Politicians that not only have a strong grasp of the issues and knowledge of the subjects they deal with and are especially interested in, but can communicate them in a way that makes people think, “you know what, that’s very interesting. I’ve thought about that issue myself, just not in that way.” Don’t come around very often.

As well as giving people the feeling that the person whose campaigning for their votes also understands how they feel and what they are going through. But is interested in not only helping them out, but also has a plan to do that. As well as having good ideas, whose likable, can make people laugh, intentionally. Martin O’Malley has all of these great qualities. He represents the best of Jack Kennedy and Bill Clinton, but without the negatives of Hillary Clinton. You don’t have to worry about Governor O’Malley running just on his name ID. Because frankly he doesn’t have much to run on. Or running straight for the middle and not taking strong positions on key issues. Because he has a track record of making tough decisions.

You don’t have to worry about Governor O’Malley running simply for the women’s vote and simply wanting to be the first female President of the United States. Without any real clear agenda and vision for where he would take the country. And giving people an idea about what a Hillary Clinton Administration would look like. And would she actually be doing the job as President and not her husband Bill Clinton. Whose always wanted to run for President again. Because in case Martin is not a big enough clue, he’s a man. Governor O’Malley is a Democrat who’ll appeal to all factions of the Democratic Party. Just as soon as they discover him, if that happens at all.

Americans are and will be looking for something different in 2016. Democrats and Republicans and most importantly Independents. Who’ll decide who the next President of the United States is. And running for President with the message of, “vote for me because of my last name, resume and oh by the way, I’m a women”, won’t be good enough. Americans also aren’t looking for another Bush. Someone who on policy grounds will probably look very similar as President George W. Bush, but perhaps a bit smarter with better experience and better track record. They want someone who tell them like it is, at least how they see things. And tell them where they want to take the country and what their presidency would look like.

Martin O’Malley would be that Democrat. Senator Rand Paul would be that Republican. Not that I’m endorsing Senator Paul for President, but at least he would be different and you would have a pretty good idea of what type of President he would be before he got the job. Governor O’Malley is someone who believes in both economic and personal freedom. Using government to expand the opportunity, middle class and even upper class. Making government work and not just bigger and making more people dependent on it. He not Far-Left and won’t scare Independents and their wallets away from them. And he’s not Dead-Center and not being able to expire anyone behind him. He’s a Center-Left Liberal Democrat in the Jack Kennedy sense. Who believes in opportunity and freedom for everyone. And deserves a long look from Democrats and Independents as the next President of the United States.