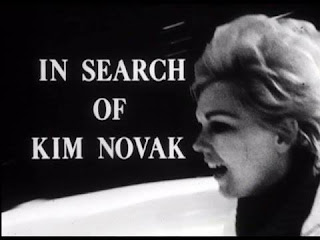 Kim Novak, is Marilyn Monroe and Jayne Mansfield, except that she grew up. She might not be as versatile an entertainer as Marilyn and Jayne when it comes to comedy and music, but physically she's right there with both of them, but she grew up. A hot baby-face adorable sexy blonde goddess, but she grew up and matured and was a women in Hollywood. Not someone with the body of a women, but the mind and personality of a teenage girl like Marilyn and Jayne. Who never grew up inside and could never see how valuable and great they could have been as entertainers. And a big reason why they both died in their mid thirties in the 1960s.

It is rare you have an actress that is physically this talented with this body, face and voice, but is also a hell of an actress. Who I believe was a classic real or personal actress where she made all of her characters real and became all of them and brought them to real-life. I think what made Kim a great actress is that she made her acting look so real. She literally became the person she was playing and made it look like she wasn't acting at all. And I think a lot of that had to do with the fact that she tended to play characters who she had a lot in common with. Who were physically gorgeous, sexy and very cute, but lacked self-confidence and not quite sure they belong where they were, or even knew that they wanted to be there at all. Playing Madeline in Alfred Hitchcock's Vertigo, is a perfect example of that.

Kim, has also played characters that were gorgeous, sexy and adorable, but knew exactly who they were and what they wanted. Like in Boys Night Out, where she plays Cathy, who was a college student doing an article on the middle-age married man in New York. The other thing that I respect about Kim Novak is that acting wasn't who she was, but what she did. Similar to Ava Gardner, she didn't live to act, but acted to live the lifestyle that she wanted. She didn't need to be a star, but happened to be really good at what she did and was a goddess as well which made her a star. She would have been perfectly comfortable living on the water in Northern California her whole adult life just as long as she could afford to do that. Which is where her acting career came in, but didn't need to be an actress to be happy. She is truly special and I just wish she acted more.

Posted by Erik Schneider at 6:27 AM No comments: