"Liberal individualism, or “classical liberalism” as it is often called, refers to a political philosophy in which liberty plays the central role. This book demonstrates a conceptual unity within the manifestations of classical liberalism by tracing the history of several interrelated and reinforcing themes. Concepts such as order, justice, rights, and freedom have imparted unity to this diverse political ideology by integrating context and meaning. However, they have also sparked conflict, as classical liberals split on a number of issues, such as legitimate exceptions to the “presumption of liberty,” the meaning of “the public good,” natural rights versus utilitarianism, the role of the state in education, and the rights of resistance and revolution. This book explores these conflicts and their implications for contemporary liberal and libertarian thought."

Ever since the President Franklin Roosevelt's New Deal, the terms Liberal and Conservative have almost been flipped around. Everywhere outside of America in the developed world Liberals are considered Center-Right in those countries. In Germany the Free Democrats call themselves Liberals. In Australia the Liberal Party there is the Center-Right party and the Labour Party is a Center-Left, social democratic party. (At least by western social democratic standards)

But in America people who are called Liberals, are really social democrats (if not not hard-core Socialists) and in some cases are even Communists and or Neo-Communists. Before 2019 Senator Bernie Sanders was the only self-described Socialist in Congress. Now that number might be 10-20 today thanks to Democrats winning back in the House in 2018 with a lot of left-wing Democrats getting elected to the House.

I would be considered Center-Right everywhere outside of America in the developed world because I'm a Liberal. But closeted Socialists (as I call them) refer to me as right-wing or a Conservative, but because I'm not a leftist, even though I'm more liberal than then on most if not all issues, but I'm not as left as them.

“What do our opponents mean when they apply to us the label, “Liberal”? If by “Liberal” they mean, as they want people to believe, someone who is soft in his policies abroad, who is against local government, and who is unconcerned with the taxpayer’s dollar, then the record of this party and its members demonstrate that we are not that kind of “Liberal.” But, if by a “Liberal,” they mean someone who looks ahead and not behind, someone who welcomes new ideas without rigid reactions, someone who cares about the welfare of the people – their health, their housing, their schools, their jobs, their civil rights, and their civil liberties – someone who believes that we can break through the stalemate and suspicions that grip us in our policies abroad, if that is what they mean by a “Liberal,” then I’m proud to say that I’m a “Liberal.”

From the JFK Library 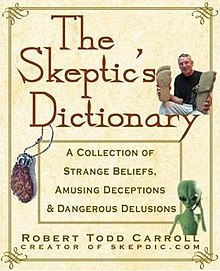