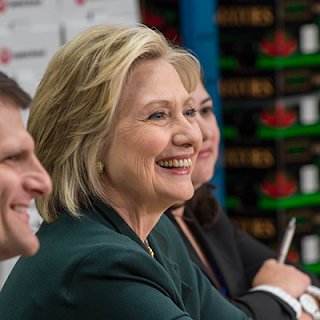 It’s great to see Democrats talking about freedom again. This is something that Liberals and Progressives should be talking about anyway. Since we created freedom in America. With the U.S. Constitution, Bill of Rights, the national infrastructure system, regulatory state and safety net. Liberals and Progressives, just tend to differ on what freedom is and means. Liberals, tend to be more interested in individual rights and opportunity. Tools that can be used to be able to live in freedom and build a good life for yourself and your family.

Progressives and Social Democrats, tend to be more interested in social welfare rights. The ability to not have to go without. That the basic necessities in life will always be guaranteed. To always be guaranteed education, housing, health care, income, food, health insurance and perhaps some others. That these rights would be guaranteed by the Federal Government, of course. All part of President Franklin Roosevelt’s Four Freedoms, especially Freedom From Want and his Economic Bill of Rights.

And freedom to me as a Liberal, is the ability for one to live their own life and be completely responsible for their own life. To make their own decisions and live with the consequences for good and bad. To not have government interfere with their economic, or personal affairs. As long as they aren’t hurting any innocent people. To have the knowledge and resources to be able to provide for themselves and have the freedom to make their own decisions. Freedom to me, is about tools and power. Where government comes in, is not to make sure everyone is taken care of. And not as FDR put to have the Freedom From Want, but the freedom to control their own destiny in life. Freedom of Self-Determination.

Hillary Clinton on Saturday, will give a huge presidential campaign speech at the FDR Four Freedoms Park in New York. And it will be about her vision for America and why she wants to be President of the United States. At least that is how its being built. And she’ll have the opportunity to start to bring me over to her side, if her speech covers the themes that I just talked about when it comes to what freedom means. And if she talks about she wants an America where all Americans can succeed and have the freedom to take care of themselves and their families and have both economic and personal security and not the freedom to not have to take responsibility for yourself and be taken care of by government, she’ll be able to impress me and bring her to her side.

Posted by Erik Schneider at 3:52 PM No comments: