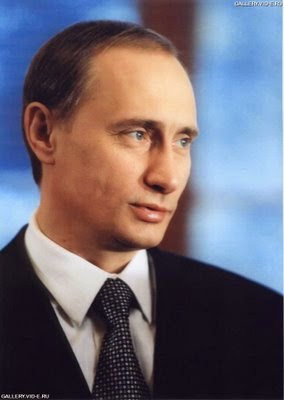 If you look at how the Russian Federation is set up and what type of country and the government they are supposed to have on paper, it is very sound and looks very similar as the United States. They are officially a Federal Republic with checks and balances in their Federal Government. A strong executive, but independent judiciary and legislative branches. With states that they call republics who are also independent of the Federal Government. With their own governments and independently elected governors of their republics. Sounds like America, doesn’t it.

But that is not how President Vladimir Putin governs Russia and no he’s not as bad as Joe Stalin and a lot of Russian dictators from the Soviet era. Russia is a hell of a lot better off now than they were in the Soviet era as far as being able to move around the country and being able to build lives for themselves and being able to live in some type of freedom. And they do now have an independent media and access to foreign media. But this is not a liberal democracy by any stretch of the imagination and doesn’t even advertise itself as one. And if Vlad Putin is not a dictator officially, he is certainly one in practice with all of the power he’s centralized in his own office.

But it looks like President Putin may have gone too far, because as much economic progress that Russia has made in the last fifteen years or so under his leadership, that has mostly been from their energy industry that is state-owned. Russia is one of the top three energy producers in the world. This is a country that should’ve been an economic superpower sixty-years ago with their natural resources and their educated public. But of course their communist system ruined that for them and the Putin Administration hasn’t done much to develop their other industries and create other industries. That America did a long time ago and that Europe in Japan did sixty-years ago.

And now that oil prices are falling and the with the American/European economic sanctions on Russia because of their unlawful invasion of Ukraine and all of the money that Russia has spent to try to occupy parts of Ukraine which is a large country, the Russian economy is taking a big hit. And people in the Russian Government and around the country know this and have only their President Putin to blame for that. And as a result President Putin’s strong hand on that entire country of one-fifty-million people is getting a lot weaker. And hopefully his days as dictator of Russia are numbered.

Posted by Erik Schneider at 3:53 PM No comments: