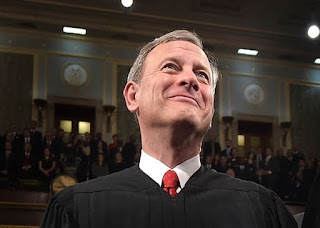 Just to be clear, I don’t think there’s a good case against polygamy. At least one that I’ve seen that would say, “you know what, polygamy is a bad thing. To the point that it should be illegal.” And what I would say against polygamy, is that if you want to redefine marriage in America, even in a consenting polygamist relationship, legalize polygamy and call it marriage. Gay marriage, doesn’t redefine marriage. Up until the last ten years, or so marriage has always been between a man and a women, but there wasn’t any official definition of marriage. Other than it always involved two consenting adults who agreed to marry each other. Legalize polygamy, would certainly change that.

As a Liberal myself, if three people lets say want to be involved in a polygamist relationship and they all know about that, that’s their business. And why should big government be able to interfere with that. But just don’t call it marriage, because we’re not talking about two parties involved, but at least three. To give you a hypothetical, if Joe Jones, wants to marry Mary Smith and Sally Wilson at the same time, or he’s already married to Mary and wants to stay married to Mary, but wants to marry Sally and Sally wants to marry Joe and Sally knows that Joe is already married to Mary and doesn’t have a problem with that and Mary doesn’t mind Joe being married to Sally, as well and perhaps is even attracted to Sally, then that’s their business. Not big government’s. It’s not the job of government to run people’s lives for them.

I would never be involved in a polygamist relationship, at least one that I know about. But there a lot of things that I don’t personally approve of, including homosexuality as a straight man. But just because I don’t personally approve of something that doesn’t affect me and has nothing to do with my life and how I live, why should I or government be able to tell others that you can’t live differently, because we don’t approve. Gay marriage, doesn’t redefine marriage, at least not officially, but polygamy would. So legalize polygamy, sure, as long as all parties involved approve and are aware of the extra relationship, or relationships involved. But just don’t call it marriage, because its polygamy. Which is different.

Posted by Erik Schneider at 4:26 PM No comments: