I don't believe Vladimir Putin the President of the Russian Federation is a Communist. But he does represent the new Statism or reformed Statism in Russia and is certainly not a Liberal-Democrat. Or even a Conservative but someone who believes that the role of government is to preserve the state. And to look after the state the country as a whole, even if that means limiting individual freedom. And centralizing more power with the Federal Government in Russia and with the Kremlin itself. Valadimir Putin is Russia's version of a Neoconservative in America, not completely Authoritarian. Not a Communist, not believing that all power in the country should be controlled by the Federal Government. But someone who values the state and order in the country over freedom and thats how he's governed there.
Posted by Erik Schneider at 12:10 PM No comments:

Email ThisBlogThis!Share to TwitterShare to FacebookShare to Pinterest
Labels: Eurasia

The Criterion Collection: Primary 1960- The Democratic Race For President 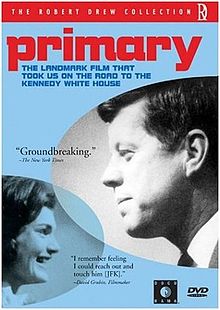 The two Senators represented different factions of the Democratic Party and even different generations of the party. Even though they were both from the same generation officially. Hubert Humphrey represented the old guard, or what I call the Old-Left of the Democratic Party, the FDR coalition of Northern Progressives and Southern Conservatives who tended to work together on economic policy and foreign policy, but were different on civil rights obviously.

Senator Humphrey came out in favor of civil rights before it became popular to use as an example. And Senator Kennedy represented what I call the Reformed-Left, people who were called New Democrats in the 1980s, the true Liberal Democrats in the party. The JFK vs HHH Democratic primaries weren’t just about who would try to lead the Democratic Party in the next four years. But who would lead the country and which faction of the Democratic Party would lead the country in the next four years.

And I believe had Jack Kennedy not of been assassinated as President in 1963 and gotten reelected in 1964, the Vietnam War doesn’t happen at least as far as how the United States was involved in it. And that he would’ve realized how big of a mistake it would’ve been for America to try to win that war at least on our own. And what’s called the New-Left that came together in the 1960s because of the Vietnam War and the Great Society, against the war, but strongly in favor of the Great Society.

I don’t believe the New Left emerges that’s become Occupy Wall Street today. Because there wouldn’t of been a need for it and the old FDR/LBJ coalition would’ve stayed in place and the Democratic Party would look different today. Had Senator Humphrey defeated Senator Kennedy in 1960 and somehow gone on to defeat Vice President Nixon in the general election. The Democratic Party would look different today as well because again I don’t believe a President Humphrey would’ve gotten the United States as involved in the Vietnam War as it did.

And the New-Left or Occupy Wall Street isn’t in existence today, because again there wouldn’t of been a need for it. But the Reformed-Left or New Democratic Coalition doesn’t emerge either, or at least not as early as it did. Perhaps Senator Kennedy runs for President in 1968 and gets elected, but a lot of New Democrats of today that came from the Baby Boom Generation that looks up to Jack Kennedy and see him as our leader, I’m not a baby boomer I’m a Gen-Xer, but Jack Kennedy is a big political hero of mine. And I’m a New Democrat as well.

The JFK-HHH primaries was really about the sole or future of the Democratic Party and where we were going as a country. And what the Democratic Party was going to look like in the future. Which is why these primaries were so important and a big reason why people were so fascinated. Because JFK was new as a national leader and spoke differently and had different ideas and a different vision. As far as where he would take the country and Democratic Party. Against HHH who represented the old guard or Old-Left in the Democratic Party that were looking to expand the New Deal.
The Criterion Collection: Primary 1960 Trailer

Posted by Erik Schneider at 9:21 AM No comments: