The Chicago Bulls weren’t that bad in 1988, they were actually good winning fifty games, but were still developing as a team and still not good enough to beat a team like the Detroit Pistons, Boston Celtics or Los Angeles Lakers. They had Horace Grant developing at power forward with Charles Oakley still having that position, who was very solid and very good for them. But the Bulls by the late 1980s were moving to become a quicker, more athletic, trapping type of team on defense. That moved the ball a lot on offense to the open scorer.

The Bulls traded Oakley in the offseason. And made Grant their starting power forward for the next season. Scottie Pippen wasn’t even starting for the Bulls during the 1988 season. So the Bulls were still about Michael Jordan on offense, with Orlando Woolridge as their second option. Who at times was very good, but not a great player. And the Pistons were one of the teams that they had to get by in the Central Division to accomplish what they wanted, which was to win the NBA Finals. And this was the start of the Bulls-Pistons rivalry, which is still alive today, but not as strong.

The Pistons in 1988 were an NBA Finals contender, but better than they were in 1987. Because they had already gotten to the Eastern Conference Finals and lost it and knew they were very close to what they wanted which was an NBA Championship. And if Isiah Thomas doesn’t sprain his ankle of game 6 of the 1988 NBA Finals, who knows maybe they win the championship that year. The Celtics were getting older and no longer had a good bench and the Pistons already knew they were good enough to beat the Celtics. 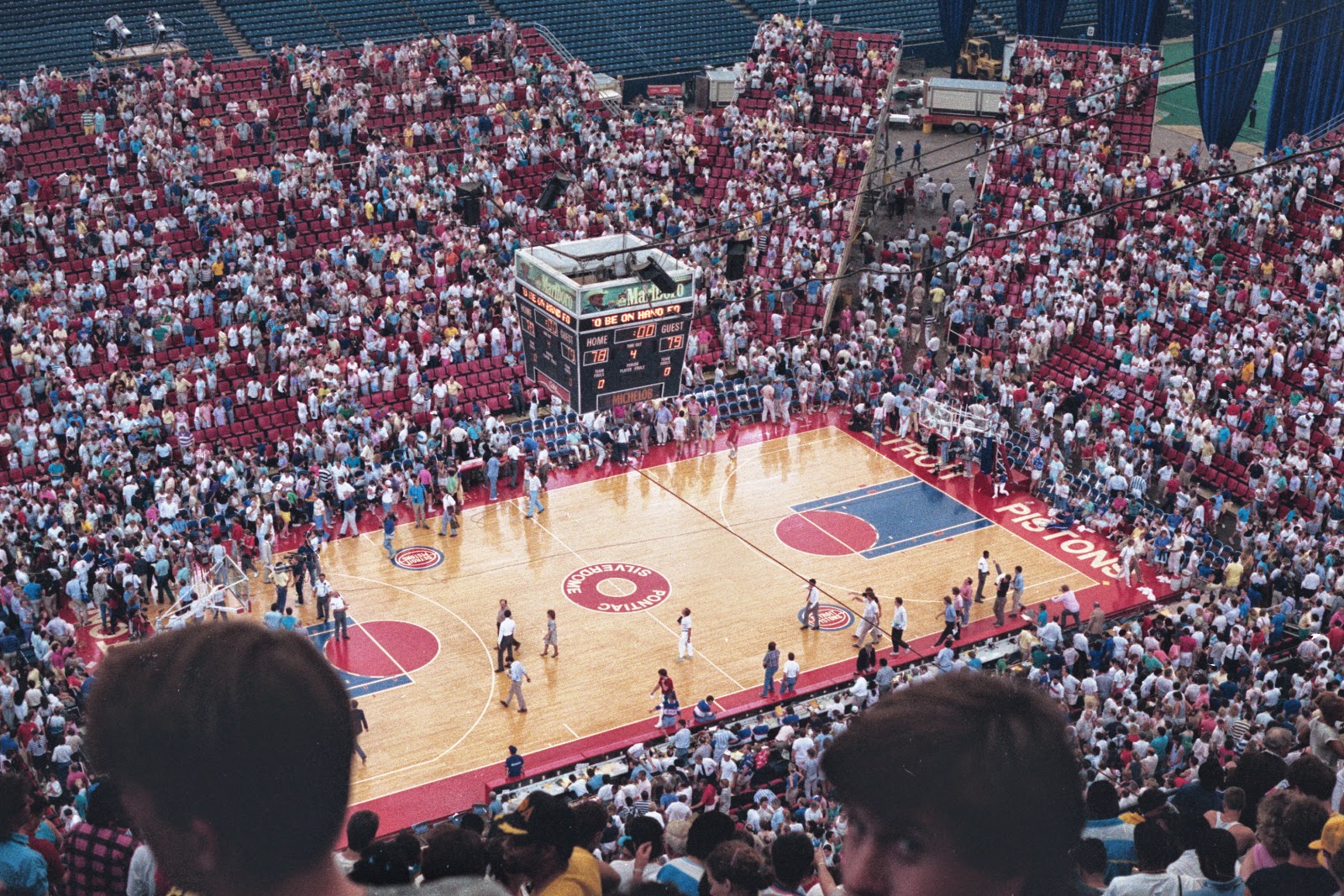 Posted by Erik Schneider at 3:11 PM No comments:

Source:FRS FreeState
"As a regime type, liberal democracy is defined in terms of its limits - respect for personal freedom; reliance on market mechanisms; governance through the rule of law, articulated through representative government, responsive to the peopel in periodic elections. It also limits its aspirations - it seeks to secure rights, rather than to save souls or mold the character of its citizens. Through limited, could liberal democracy be the "final" form of government, the end of history?"
From Colgate University
"Slides regarding Liberal Democracy for an undergraduate course in Political Thought that I taught between 2003-2005."
From Slide Share

But the whole ideas and notions of liberal democracy and the liberal form of government and constitution, is built around a Constitution and Bill of Rights. And I would argue that it is built around the United States Constitution and Bill of Rights. That is the people have a basic set of constitutional rights built around free speech, free assembly, right to privacy, freedom of press, the right to be educated, the right to practice, or not to practice religion. And that religion is separate from state in the sense that society isn’t governed based on religious beliefs.

But the best available facts not faith on the ground and the United States Constitution as well as the right to self-defense. And what separates liberal democracy from social democracy or majoritarian democracy, is that the constitutional rights that individuals have are constitutional and can’t be taken away from us, because they may seem to be unpopular at the time. That we are essentially guaranteed these basic rights our entire lives.

Just to add one more, property rights and self-ownership: that the people and not government own the economy and own their own property including themselves. And what comes with that is not only economic freedom, the right for one to chart their own course in life and make out of life what they can make of it and keep the rewards of what they produce for themselves. And society and not government collecting most of what people produce and giving it to other people, or spend that money for the people because they believe they better know what people in life need to live well.

And where a limited government comes in is to see that everyone has the ability to access freedom in their lives. To do for the people what they can’t do for themselves, or not do as well. And that we all have access to get the tools that we need to be successful in life and to live in freedom. And to me that comes with education, regulation to protect workers and consumers, not run business’s. And law enforcement and defense so the society has the freedom to move around and operate with a certain level of security.

You want to know what liberalism and liberal democracy is about, it’s these things. Individual freedom and rights and not having a superstate that is there to take care of us for us. And to protect us even from ourselves. Like having to see or hear speech that they may offend us to use as an example. Someone who believes in a superstate is not a Liberal, but a statist, or a paternalist whether they come from the Right or Left.
Posted by Erik Schneider at 3:06 PM No comments: