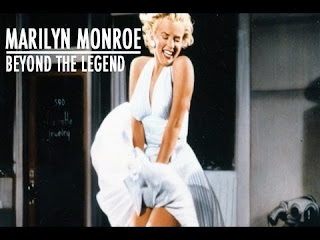 Marilyn Monroe, did seem to lack self-confidence and live in some cocoon or something and not able to see what she really had going for her. From both a personal and physical perspective. And yet the way she carried herself, you would almost have to believe that she knew she was hot, sexy, great body, baby-face adorable, with voice as cute as her face. And the things that she said and how she expressed herself and how she played her parts, you would have to think that she knew that she was very funny as well.

She wasn’t a blonde bimbo, some airhead who looked great, but had nothing else going for her. But she did lack maturity and seemed to stop aging both physically and emotionally when she reached 17, or 18 and never really grew up inside. And yet she was a hell of a talent as an actress, singer and comedian even. Similar to Shelley Winters and Elizabeth Taylor, she made her serious roles and parts look like funny people. Because she was a very funny person herself, who brought herself to all of her roles. And because she didn’t see how talented she was and what she had going for her, abused herself and was depressed a lot.

If Marilyn just bothered to grow up personally and just had a healthy sense of self-worth and self-confidence and bothered to take care of herself and not drink and take all the pills that she did, she could easily still be alive today. I mean, a women with all the skills and talent that Marilyn had, to die at 36 and have died in a plane crash, or a car crash, but to die the way she did from a pill overdose and being drunk at the time as well and all by herself, is one of the biggest damn shame’s of all-time. I can’t think of a sadder way for such a talented women to die then to be that young and alone and die from an overdose. But in her short life, she accomplished so much and left so much behind for people to remember her. And most of it positive.

Posted by Erik Schneider at 3:50 PM No comments: