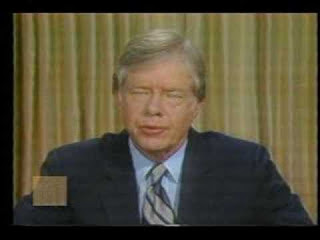 The failed rescue attempt in 1980 during the Iranian Hostage Crisis, was a disaster for several reasons. One, it showed that the greatest superpower in the world was still be held hostage by a group of Islamic terrorist thugs from the third world. And that America was unprepared and not up for the job in dealing with and ending this crisis. They weren’t sure who they were dealing as far as the people, but also what type of weather they were dealing with and how far they would have to go to make the rescue attempt. Being short on fuel, which is why the helicopter crashed. As well as just being another reminder about the energy shortage back home in America with people not able to afford, or having enough fuel of their own for their own automobiles.

And a hostage crisis in one of the top 3-5 oil and natural gas producers in the world and a country like Iran. Where America use to get some of their oil and gas from, was not helping the situation. But that’s just the policy disasters of the situation. And then you get to the politics of it. This meant that the chances of the Carter Administration being able to rescue the American hostages before the 1980 general elections, were probably not going to happen. And that this along with a weak economy, with high unemployment, high interest rates and inflation, cost of living basically across the board.

And on top of that an energy shortage, were going to be issues that Ronald Reagan, Congressional Republicans and the Republican National Committee were going to be able to use. Against President Carter and Congressional Democrats for the entire 1980 general elections. And these would be issues that Democrats were simply going to have to deal with and not be able to run from. And would see everyday. So this failed rescue attempt during the Iranian Hostage Crisis, was a disaster on several fronts. It just made the United States look very weak compared with a group of third world Islamic terrorists. And just another reminder of how bad things were at home in America.

Posted by Erik Schneider at 4:23 PM No comments:

"It has been 30 years since the US undertook Operation Eagle Claw - a failed military mission to rescue 52 diplomats and embassy staff taken hostage in Iran.
About 90 commandoes, eight helicopters and six aircraft landed in the Iranian desert on the first stage of the mission, but an accident resulted in the deaths of eight soldiers and it was called off.
The hostage crisis lasted for another year after "divine intervention", as some Iranians say, stopped Eagle Claw.
The anniversary comes amid rising tensions between the US and Iran.
Al Jazeera Alireza Ronaghi reports from Tehran."
From Al Jazeera
"Al Jazeera (Arabic: الجزيرة, romanized: al-jazīrah, IPA: [æl (d)ʒæˈziːrɐ], "The Peninsula")[3] is a state-owned Arabic-language international radio and TV broadcaster of Qatar. It is based in Doha and operated by the media conglomerate Al Jazeera Media Network. The flagship of the network, its station identification, is Al Jazeera.
The patent holding is a "private foundation for public benefit" under Qatari law.[4] Under this organizational structure, the parent receives funding from the government of Qatar but maintains its editorial independence.[5][6] In June 2017, the Saudi, Emirati, Bahraini, and Egyptian governments insisted on the closure of the entire conglomerate as one of thirteen demands made to the Government of Qatar during the Qatar diplomatic crisis.[citation needed] The channel has been criticised by some organisations as well as nations such as Saudi Arabia for being "Qatari propaganda"
From Wikipedia
"Operation Eagle Claw, known as Operation Tabas (Persian: عملیات طبس) in Iran,[1] was a failed operation by the United States Armed Forces ordered by U.S. President Jimmy Carter to attempt the rescue of 52 embassy staff held captive at the Embassy of the United States, Tehran on 24 April 1980.
The operation, one of Delta Force's first,[2] encountered many obstacles and failures and was subsequently aborted. Eight helicopters were sent to the first staging area called Desert One, but only five arrived in operational condition.[3] One had encountered hydraulic problems, another was caught in a sand storm, and the third showed signs of a cracked rotor blade. During the operational planning, it was decided that the mission would be aborted if fewer than six helicopters remained operational, despite only four being absolutely necessary.[3] In a move that is still discussed in military circles, the field commanders advised President Carter to abort the mission, which he did.[4]
As the U.S. forces prepared to withdraw from Desert One, one of the remaining helicopters crashed into a transport aircraft that contained both servicemen and jet fuel. The resulting fire destroyed both aircraft and killed eight servicemen.[3]
In the context of the Iranian Revolution, Iran's new leader, Ayatollah Ruhollah Khomeini, stated that the mission had been stopped by an act of God ("angels of God") who had foiled the U.S. mission in order to protect Iran and his new Islamist government. In turn, Carter blamed his loss in the 1980 U.S. presidential election mainly on his failure to secure the release of the hostages.[5] The American hostages were released shortly after Reagan's inauguration."
From Wikipedia
This rescue attempt not working was a disaster for the Carter Administration for a few reasons:
One, it showed that they were not prepared and weren't sure who they were dealing with and the area they were dealing with to have a helicopter crash like that, because it lacked the fuel and that they were simply just weak even compared with a group of Islamic terrorist thugs holding a group of American diplomats. And keeping the greatest superpower in the world in crisis mode like that. Seeming not to know what to do and how to handle the situation. To go on top of a  pretty bad economy, the worst economy since the Great Depression.
With high unemployment, high prices, high interest rates and inflation, an energy shortage, America was already in bad shape economically and didn't need anything else to go on top of what they were already going through. The Iranian Hostage Crisis along with the bad economy would be something that Ronald Reagan and Congressional Republicans as well as the Republican National Committee would be able to use against President Carter and Congressional Democrats for the entire 1980 campaign, because the hostages weren't coming home before the general elections.
I do give credit to President Carter for simply attempting the mission and looking for ways to quickly free the American hostages. One of those A for effort decisions. But an F as far as how the mission was planned and executed.
You can also see this post at The Daily Press, on Blogger. 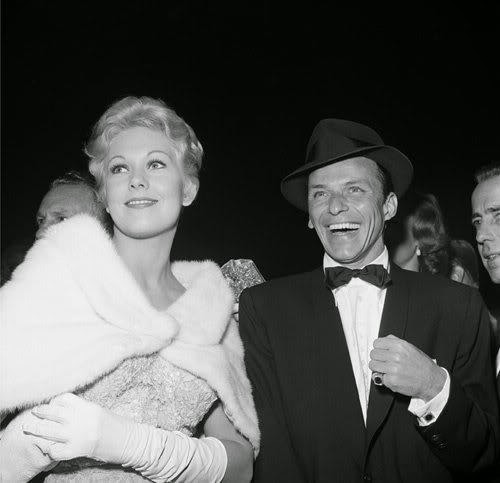 
The mid and late-1950s was probably Kim Novak’s career at its peak. She essentially left Hollywood by 1970, for a brief return in the mid 1980s. Not that she had to because could’ve easily remained a star through her sixties and she was only twenty-three in 1956. She could probably still be acting today, because she’s still very healthy and still looks great. But in 1955 and 56, she gets The Man With The Golden Arm, Picnic and then two-years later in 1958 Alfred Hitchcock’s Vertigo. She was on a role a Hollywood goddess who not only looked the part, but got great substantial roles and performed beautifully in them. Not an actress who was simply a star because of her sex appeal and physical beauty, which she certainly had a lot of both anyway. But she was also a hell of an actress who I wish chose to have a long career.

Posted by Erik Schneider at 10:20 AM No comments: