Ed Valanzuela: Happy Birthday To You! 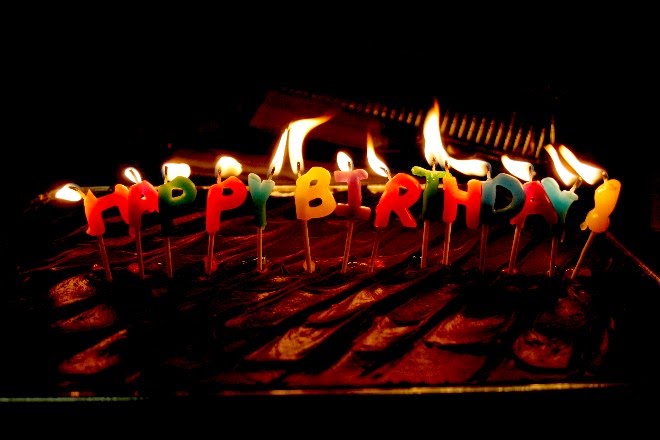 
Happy Birthday to my lovely and beautiful mother who turns, well she would probably kill me even from three-thousand miles away if I gave that out. But Happy Birthday mom and to having a lot more birthdays as well, no matter how long you live.
Ed Valenzuela: Happy Birthday to You

Posted by Erik Schneider at 3:07 PM No comments:

Email ThisBlogThis!Share to TwitterShare to FacebookShare to Pinterest
Labels: Life

The New America Foundation: Michael Lind- 'The Next Social Contract'

"The American social contract—the implicit division of obligations among individuals, families, employers, communities, and government—has long needed an update. Policies, programs, and assumptions designed for the single-earner families and industrial workplaces of the postwar era are consistently failing to provide security and opportunities for families today. New America took up the mission of designing a new social contract in 2007 and was the first organization to frame its vision in these terms. The initiative that followed generated vital ideas that continue to shape debate and policymaking.

The American social contract is in crisis. Even before the Great Recession exposed its inadequacy, it was clear that the existing American social contract — the system of policies and institutions designed to provide adequate incomes and economic security for all Americans — needed to be reformed to meet the challenges of the twenty-first century. What is needed is not mere incremental tinkering, but rather rethinking and reconstruction. Policies that have worked should be expanded, while others that have failed should be replaced. The result should not be just a modification of today’s partly failed economic security system, but a substantially reformed system incorporating the soundest elements of the old — a new social contract for a new America."

From The New America Foundation

"Michael Lind, historian, Policy Director of the New America Foundation's Economic Growth Program, and author of Land of Promise: An Economic History of the United States (2012), on infrastructure reform and our innovation system after the 2008 crisis.

From The Intelligent Channel
What Michael Lind is talking about her is borrowing a helluva lot of money for a country that's already deep in national debt (meaning the United States of America) to pay for things like infrastructure, research and development, and I'm sure a European democratic welfare state, as well. Perhaps making the political calculation that American taxpayers would never agree to pay for the new taxes and tax increases to fund all of these new government services and expansion of current government services. So this needs to be soled in a way that government can tell the people that they're getting all of these new so-called free government services (because no one will pay the taxes to fund them) and it's not going to cost them anything.
If government could just borrow the money for everything that it does, you wouldn't need taxes for anything. Why do we have taxes?
One, to pay for the government services that we get and actually need like defense, national security, infrastructure, the regulatory state, etc.
Two, so government doesn't have to borrow the money form other countries to pay for the government services that provides for its people. Every national government in the history of the world has run deficits to pay for its government. That's just the nature of economics everywhere in the world, especially capitalist free world. But one of the good reasons for taxes to limit how much a national government can borrow, knowing that your foreign credit could actually run out, if foreign creditors don't believe you can pay back what you actually owe. So of course every civilized country in the world has to have taxes or tariffs to pay for its government services.
What comes to what's called the social contract and I don't like that term because it's not as if taxpayers have a choice in whether to pay for the government services that it gets, short of  leaving the country.
What I believe government's role in America is to see that everyone has a real shot at making it in America on their own and not needing public assistance at all or some universal welfare state to pay for their cost of living.
Things like infrastructure investment, research and development, that government finances, can help in insuring that every American has the opportunity that they need to make it in America.
But an overwhelming majority of Americans don't expect government to take care of them from cradle to grave. Otherwise the Socialists would've been running America a long time ago, instead of being stuck in third-party status or trying to overtake the Democratic Party.
Posted by Erik Schneider at 2:24 PM No comments: