Cineview: The Mike Wallace Interview- Rod Serling From The Twilight Zone, From 1959 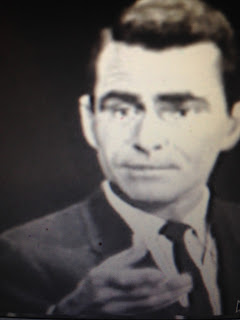 Rod Serling is obviously famous for The Twilight Zone and that he created it and he created Thriller as well and several other shows. But what I believe is his mark on Hollywood is that he gave millions of Americans the ability and freedom to look at a world that is completely different from their reality. To escape their reality and to see a world that did not exist, to sort of paraphrase The Twilight Zone and even Knight Rider from the 1980s. To stretch people’s imagination and give people the chance to dream.

To me at least watching The Twilight Zone is like having a crazy dream that even adults can remember weeks later if not even longer than that. And in many cases a bad dream if not worst than that and when that half-hour is over, you wake up from the dream. The person or subject in that show comes back down to Earth to see that they are back to where they belong. And the viewers of that episode come back to Earth as well and return to the reality. The Twilight Zone was the ultimate break or escape from realty for millions of Americans.
Cineview: The Twilight Zone: Rod Serling Interview

Posted by Erik Schneider at 4:31 PM No comments: