The Washington Post: Opinion: Jonathan Capehart: "John Boehner Needs to Follow His Own Advice on DHS Funding": How Senate Democrats Should Try to Fix Another GOP Mess 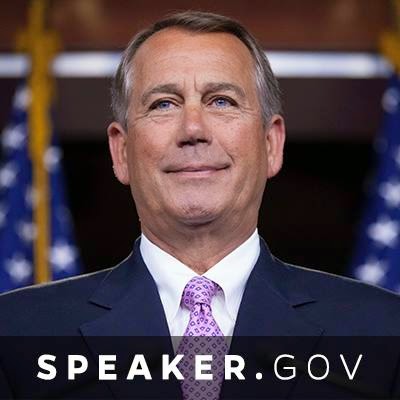 It is not often that I agree with House Speaker John Boehner on anything and I’ll let you judge for yourself how often that is. But he has a point here. The House did their job at least in round one and passed a Homeland Security funding bill. They passed a bad bill with the immigration defunding and the Senate shouldn’t pass that provision. What the Senate should do is first debate the bad House bill and then try to fix it.

You may already know this if you follow me on this blog, but I hate the motion to proceed rule in the U.S. Senate. And you really need to be a Congressional junkie on Congress to know what the Senate motion to proceed rule is. But the Senate Leader can’t bring a bill up on the Senate floor without sixty votes. Which is stupid because the whole point of being in the majority in the Senate is getting to set the agenda. If the Leader can’t bring up bills on his own and needs sixty votes to do that, it really makes the role of the majority pretty weak.

Another good thing about the Senate is the role of the minority. Unlike in the House the minority can try to change or in this case fix any bill that the Senate majority brings up. They can do that with the amendment process and they can block bills if they have forty-one votes to do so. Senate Democrats having a sizable minority with forty-six votes can block bills on their own. Knowing that what they should be doing instead is saying, “we’ll debate the bad House bill, but we are going to try to fix it as well. And if we are able to strip the immigration defunding in it, we’ll vote for final passage. But if not, then we’ll block the bill on final passage”.

But to try to block a bill before it is even allowed to be debated, is a waste of time. Time that could be spent at least trying to fix the bad House bill and bringing along a few Republican Senators especially Republicans who’ll have tough races next year in the Northeast and Midwest who want to do other things in this Congress and get passed this issue. The House passed their bill a bad bill at that. Senate Republicans brought up the bill that they want. Now its the job of Senate Democrats to fix the bad bill. And if they are successful there, then they can send a clean bill back to the House. But if not then they can block the House bill and work with Senate Republicans on a compromise.

Posted by Erik Schneider at 3:44 PM No comments: