I don’t think there’s anything more Un-American and Un-liberal democratic as punishing people simply because of what they believe and their politics. But that is what the U.S. House of Representatives decided to do in 1946-47 and they had a bipartisan coalition to do that. And they had help from the Hollywood industry itself to try to stamp out as people that they saw as Un-American because they had socialist if not communist leanings. These actors, writers, directors and other people weren’t punished because they were doing bad jobs. But because they believed in a more socialistic and collectivist society for America.

Its one thing to disagree with one’s politics and I’m certainly not a Socialist or a Communist and how supporters talk about communism I’m having a hard time telling the difference between communism and socialism. But it’s another thing to say that person or those people are bad simply because they believe there shouldn’t be rich or poor and that we need a more collectivist society and economy where everyone can do well and where there is no rich or poor. They weren’t talking about tearing down the liberal democratic form of government in America and replacing it with an authoritarian state.

If you truly love America and what we stand for as a country, then you love and believe in Freedom of Speech with almost no exceptions. The right for people to believe, think and say what they believe. Without it costing them job opportunities simply because of what they believe. Doesn’t mean people can’t be questioned, criticized and even contradicted over what they believe because that is part for free speech and debate. But you simply don’t blacklist people can cost them jobs simply because of their political beliefs. You judge them based on how good they are for the job that they are a candidate for and their qualifications for that job. 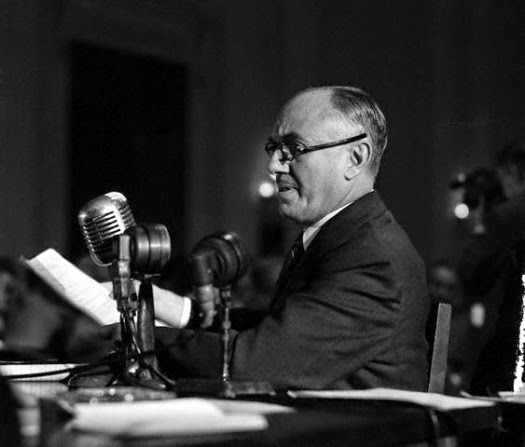 Posted by Erik Schneider at 2:39 PM No comments: